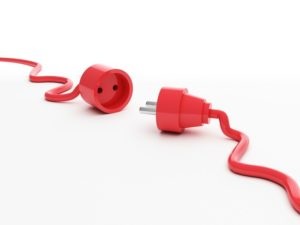 As much as I enjoy engaging in political discussions, engagement has become very toxic for me. This doesn’t mean that I still don’t enjoy it, I just refuse to allow myself to get worked up over it. There’s already too many “world is on fire” voices out there and I don’t think that it contributes anything positive to the situation. Whether you voted, didn’t vote, voted for him of voted for her, being shouted at in public places, having stuff thrown at you, being kicked out of places or being refused services solely because of what you participate in politically is simply a disgusting display by people who claim to go high while displaying acts of going low.

How much more, as a nation of different people, going to tolerate? How about if the tables were reversed and it was someone you agreed with that was treated this way? Would you cheer and give kudos if you then became the target? It’s always easier to go with the crowd so long as they are going in the same direction. Go against the crowd, and get trampled, but what if the crowd was wrong and was going in that direction because that’s what someone told them that they should do? Listen, to deny that there are individuals that don’t research anything and believe everything, is at the least, foolish.

I have found jumping into the political fray has keep me from saying what I want to say because I have witnessed the treatment of how contrary opinions have been received. I’ll leave to you to attempt to figure out the ambiguity, but what I have found in discussions with people I point out errors to, I’m called many different names supporting one side or the other even though the impetus for the name calling began with a factually incorrect statement that I brought to their attention. I want people to correct me if I misstate something! That way, I don’t make the mistake again, but that is not what’s going on out here. No, if you are stating anything contrary to their belief to be factual EVEN IF their knowledge of the facts is wrong, that automatically means that you’re against them hence, the enemy.

So, I’ve decided to disconnect from the conversations all together. I won’t engage in the banter even though that will be the most difficult part especially if they are stating something that’s provably untrue. This is really sad since they way we solve problems is to discuss them, but they environment has become so toxic that it’s simply not worth it.