The political climate has certainly been heating up on both sides of the aisle. On the democratic side, you have Bernie Sanders and Hillary Clinton going at each other like we haven’t seen as of yet. Even the rhetoric on the campaign trail has changed dramatically. While Bernie Sanders’ poll numbers are on the rise, his message is only been to address one issue; the economics of the middle class. Don’t misunderstand; that is a very important issue for millions but the manner in which it’s being discussed is not multi-faceted at all. It may be causing the rise in the poll numbers, but you would hope that the electorate would want a candidate that can take over the entire country, not just one, albeit major sector. Why Martin O’Malley is still in the race is baffling, but yet, there he is.

On the republican side, you have Trump and Cruz and all of the rest. As of the last week you have the aforementioned front-runners attacking each other in nothing short than undignified ways. It’s amazing to see these two behave in this manner and the people who attend their events cheering the rhetoric which only feeds into their egos. I have yet to really hear the ways in which one will “Make America Great Again” or “Reigniting the Promise of America” Many of the remaining candidates, I predict, will be out of the race in the next coming weeks. There doesn’t seem to be a rational path for the lower polling candidates to justify staying in the race. To me, the faster the pack thins out, the more that can be focused on the eventual nominee whoever that may be.

We are less than nine months away from the general election and I do pay attention to what the candidates are saying and what I can tell you is that they ALL are speaking in platitudes. Though some have expressed their ideas of what they what to do, when they are hard pressed for an explanation, they dance around the questions, give many non-answers and masterfully deflect questions altogether. This makes it incredibly difficult to voters to make a decision. The ones that take politics seriously not only want to know the what, but why, when, how and who! This, I fear, is what this cycle is in desperate need of and I, as of yet, have yet to see this from anyone. 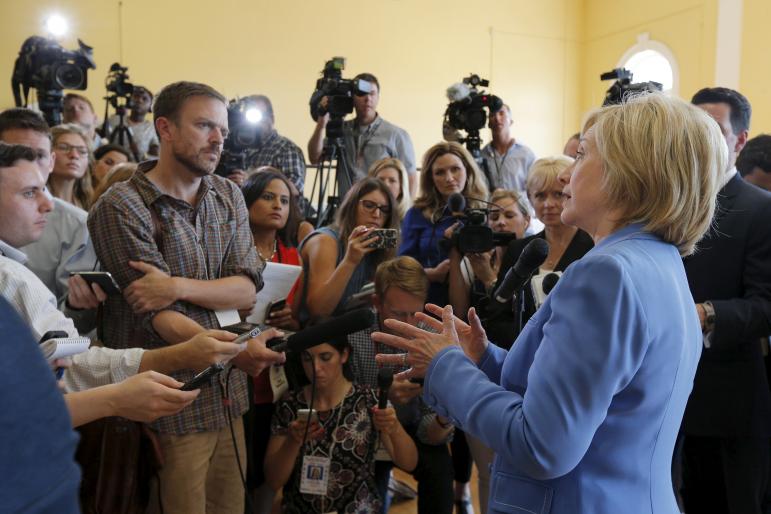 If the press has already decided who will be in the finals, then we have a serious problem with our republic. They have then become irrelevant since they already know who they want to win. That is not why they were given the first amendment right. It prohibits the government from interfering with the printing and distribution of information or opinions. They are supposed to be the ultimate watchdogs and instead, they’ve become the ultimate lap dogs only they’re so big that they can’t fit on your lap!

We do need to change as a nation in many areas, but I also believe that as a nation, we have to agree on what we want that to be. It can’t be one side against the other. It has to be a united decision and as of right now, we couldn’t be further apart.