All week, I’ve been writing about the character traits that we each should recognize. Not only in ourselves; but in others, too. This election cycle we’ve been presented with two candidates that fail in most all of these areas. If you’re still undecided, I honestly can’t understand how. It’s not like these two candidates are going to miraculously become different people. It’s not like the last 20 to 30 years haven’t happened. It’s not like they haven’t made mistakes that will magically correct themselves. And it’s not like there haven’t been fictitious stories written to tear them down.

Yet, Election Day is Tuesday, November 8th and there seems to be about 5-10% of the electorate that is waiting to see where the roller coaster will stop before pulling the lever. Seriously, up to 10% of eligible voters! That’s over 20 million people! As I have looking at the most recent polls, you can see this swing not only reflected in the two major candidate’s numbers, but the other two’s also. One of the polls had Clinton and Trump tied Johnson at 5 and Stein at 4 which left 13% out of the calculation or margin of error. That’s a big deal!

There’s something to be said about people not disclosing who they will be voting for just because they don’t want to enter into dark and scary forest. They fear that they’ll be ridiculed by their peers because of their decision. This is exactly WHY our country has become so divided! We tend to stick with like-minded people because we don’t like or want the confrontation. That pushes us all further and further away from each other. It’s even been known to destroy relationships. Remember when Clinton and Trump were bff’s? 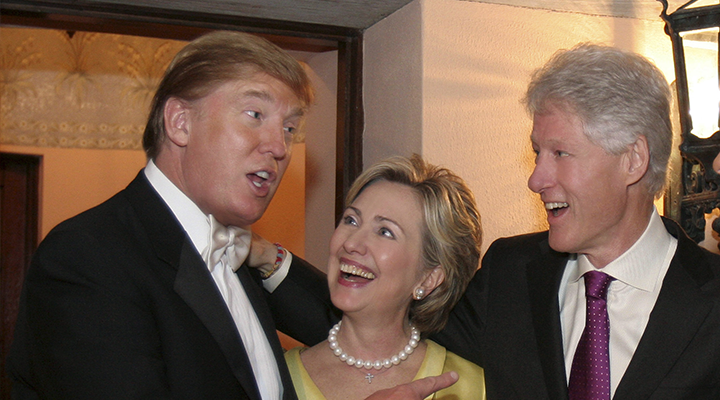 Tuesday, we will know who the next president will be (fingers crossed). As Americans, neighbors, friends, family and strangers it is our collective responsibility to not gloat (we’ve seen that before). Remember, nearly half of the country is going to be severely disappointed with the winner, no matter what. This was never supposed to be a popularity or personality contest but a campaign with competing ideas and directions that they wanted to take the country in. This was supposed to be about who would take our country into the right direction, not all the demagoguery about good and evil. Both of the main candidates have behaved like petulant children and a majority of the population is following their lead.

We are looking for leaders, not bullies or drama queens. If you haven’t done so yet, what are you waiting for? Make sure that you get out and vote!