How can you win a battle when you don’t know where the battle lines are drawn? With all that we are seeing in our country, it gets hard to distinguish what some people are fighting for or about. In order to rally people to your side of a debate, it is necessary for you to demonstrate the truth in your argument with facts and not with an emotional blur. 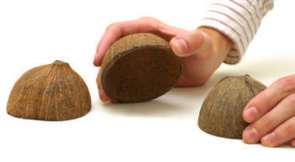 We have seen the lines of truth being completely erased; not only by our politicians but by the media as well. To a trained ear and eye, it’s easy to see where the biases lie, but to the mass in general, it’s not so clear. As a society, we have been told and it is a provided right in our constitution, to have freedom of speech and the press. This does not give anyone carte blanche to say as they please or to manipulate photos or video footage to support or to shut down events as they actually happen.

We should not allow ourselves to be told how to feel in any particular situation when it comes to the decisions that we each have to make on an individual basis. Why is it OK for someone to say that you’re ugly or skinny (add your adjective here) when you don’t believe that to be true? Are they really trying to help you when they say those things to you? Then why should you accept the political system or the media when they decide to painfully bastardize vocabulary words to twist them into an offense to you? Were you genuinely offended when you heard them or saw them the first time?

I don’t care for nude beaches so I make the decision to avoid those places as I would find offense in them. However, that does not give me the right to attack the people that do like those activities just because I find them distasteful. Isn’t that my choice and my opinion? As a nation, it has become painfully clear to me, that we are a nation of followers, not leaders. Not everyone is a natural born leader but it is something that can be taught and learned if you’re willing to open your mind.

Please, open your mind and stop allowing yourself to be victimized. You’re not a victim! You are the champion of your future! It’s your God given right to pursue happiness and not allow others to take that away from you!