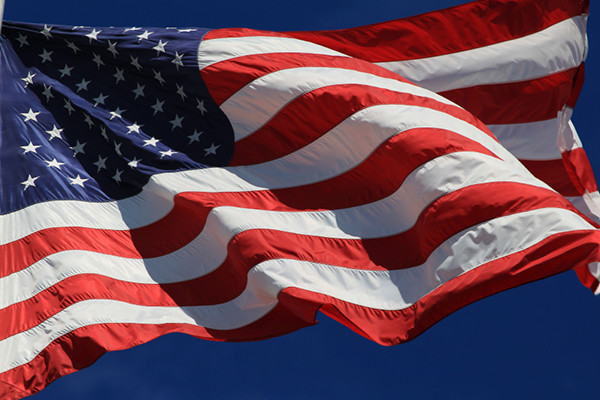 How to Observe National Flag Day

On June 14 we honor Old Glory on National Flag Day.  This day commemorates the adoption of the United States flag on June 14, 1777.

On National Flag Day, Americans show respect for the U.S. Flag and what it represents.  Representing independence and unity, the Stars and Stripes have become a powerful symbol of Americanism and they are flown proudly.

While Betsy Ross has been given credit for stitching together the first American flag, there isn’t any sound evidence supporting the story.  At the same time, there is any to disprove it, either.  During Ross’s Revolutionary time, several standards were carried bearing red and white stripes and varying symbols where the blue field and stars now reside.  Since 1777, the design of the flag has been officially modified 26 times.  For 47 years, the 48-star flag was in effect.  In 1959, the 49-star version became official on July 4.  President Eisenhower ordered the 50-star flag on August 21, 1959.

Seventeen-year-old Robert G. Heft of Ohio designed the 50-star American flag.  His was one of the more than 1,500 designs that were submitted to President Dwight D. Eisenhower.

Many people have died protecting our country.  On National Flag Day, raise the flag and fly it proudly. Use #NationalFlagDay to post on social media.

On May 30, 1916, President Woodrow Wilson issued a proclamation deeming June 14 as Flag Day.  President Wilson stated, “It is the anniversary of the day upon which the flag of the United States was adopted by the Congress as the emblem of the Union.” He also wrote, “On that day rededicate ourselves to the nation, ‘one and inseparable’ from which every thought that is not worthy of our fathers’ first vows in independence, liberty, and right shall be excluded and in which we shall stand with united hearts.”

Do you have your Old Glory flying high and proudly? Let’s talk about the flag and those who have defended it. Visit me at Goldwiser open Monday through Saturday 10 am to 7 pm and located at 24910 Kuykendahl Rd., Tomball, TX 77375. Just ask for Gina!